Sketch351 + Nuno Lobo • It Rose Behind the River

“It rose behind the river” is a “virtual opera” based on the subversion of a coming-of-age story. As children we dream about what we will be when we grow up, we visualize our dream-house or our dream-family. It is as if adulthood meant freedom: freedom of making your own decisions, freedom of choosing how to spend your money, freedom to travel the world or to stay at home all day.

As we grow-up, we slowly learn that things are not that simple. We start to realize that our child-like vision can be distorted and that it can contrast with reality. “It rose behind the river” follows the story of two children who try to run away from adulthood by walking towards a mysterious light on the horizon. 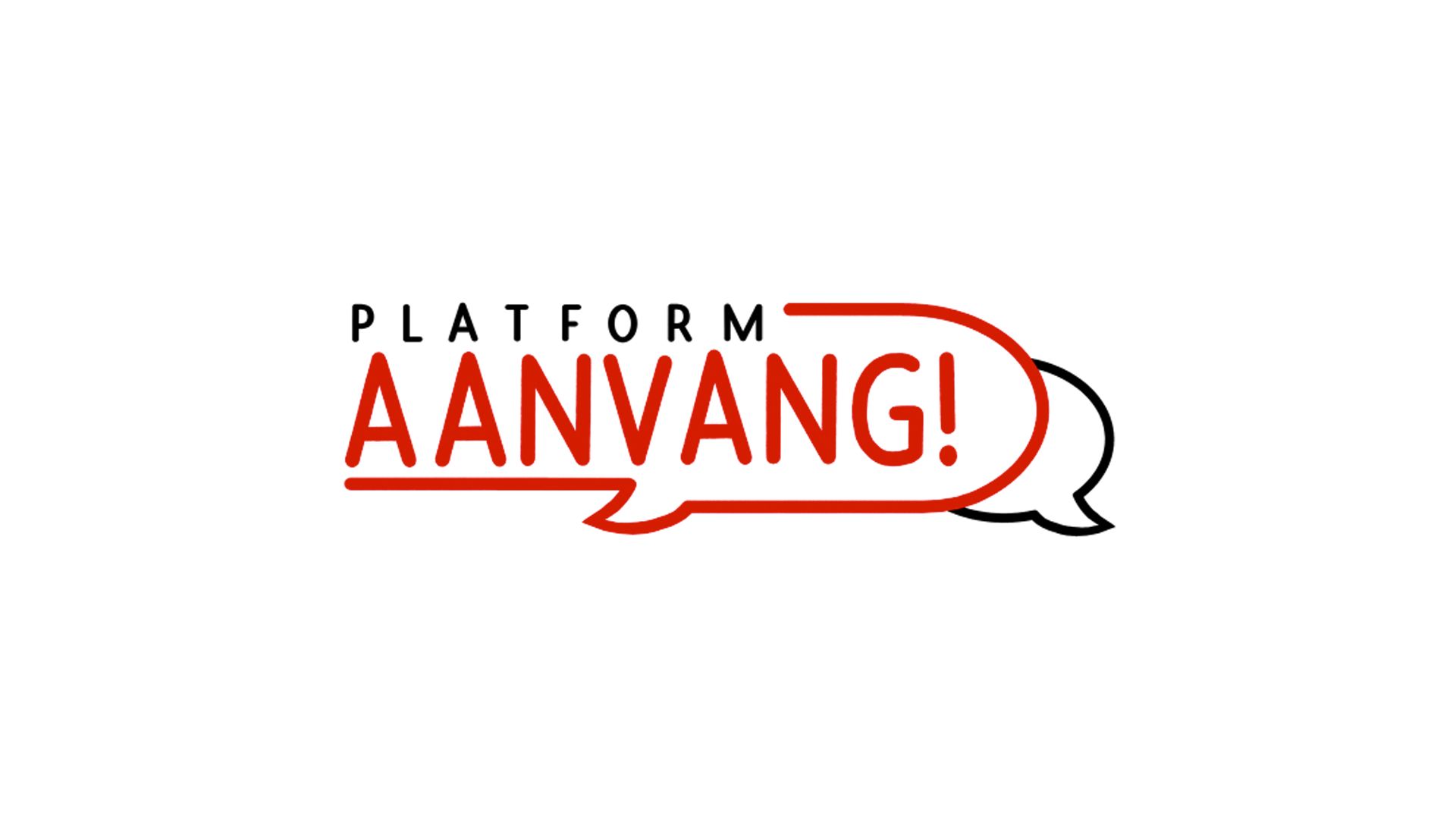 Delft Fringe Festival also welcomes non-Dutch speaking visitors! A large number of the performances are suitable to visit if you don’t speak Dutch, as these are shows that are performed in English, or in which no (or hardly any) language is used, like dance or music.

Language No Problem Tour
If you can’t choose which performance you want to go to, or if you’re looking for a complete day-out, you can also book the Language No Problem Tour! During the LNP-tour you will visit two performances, which are suitable for an international audience. When you walk from one festival location to the next, our official tour guide will tell you all about the beautiful historical city center of Delft. Goddesses* dream when they bleed

Inspired by the age-old action of women washing clothes, the performance Goddesses* dream when they bleed explores the intimate relationship between two women who reclaim their bodies, power and space. Washing, carrying and twisting clothes until they become a weapon. In a space shaped by clotheslines and white sheets, two bodies dive into the physical heaviness of domestic labour evolving in a poetic landscape combining feminism, dance and scenography.

Two women, white sheets on clotheslines and buckets of water, elements we easily connect to the tradition of laundering clothes. However, in Goddesses* dream when they bleed, Anna&Goda aim to deconstruct and liberate these stereotypes by exploring a different dialogue with these elements. In an attempt to surrender to the heaviness of domestic labour, they invite playfulness on to their stage. They transform the space where their pain and pleasure intersect. Their anger becomes a vehicle for connection, joy and empowerment.

In this performance, dancers and makers Annabel Reid and Goda Zukauskaite expose their political flesh, their female bodies, and they explore how these interact, carry and support each other. It is a celebration of femininity with moments of connecting, supporting, playing, laughing, crying, screaming, fighting, carrying, protecting, exposing, surrendering, listening. There is an instinctive research of their bodies in relation to the actions: with regards to the materiality of water and fabric, the physicality of sweat and muscles and the interrelation between them. The audience is a witness of this attempt to break free from gendered power dynamics.

The physical and emotional tiredness which emanates from the action of laundering clothes, carries the dancers through different states, reminding us of the complex and powerful bond between women. They sweat, suffer and endure - but also, they play. They allow playful and childish instincts to shape their relationship, splashing water and metamorphosing the fabrics. By yielding to the heaviness of the work, the two women aim to wash away sorrow, pain or anger, they choose to let go, remember or create space for new fantasies.

Slowly, they surrender to the rhythmicality they built, transported by the sounds their tired bodies make while slapping sheets. Never stopping, finding their power - is it a celebration or a war?

“Goddesses* dream when they bleed” was born from a mutual desire as two female artists, to talk about the position of women in ancient as well as modern society, opening conversations about womanhood and the weight it carries.

The performance is a study of the uncompensated, unrecognised labour of our mothers, grandmothers, the mothers of our grandmothers and those who came before them.

Anna&Goda as a duo collective aims to focus and research socially present topics, images and movements through multidisciplinary formats. The strength the duo carries is the common wish to play, explore and break normative borders both through physical and visual work. Annabel and Goda both strongly believe in bringing different art forms together and in using their dance and theatre background as a tool in a tool box instead of a label. Annabel Reid (BE) and Goda Žukauskaitė (LT/NL) met during their studies in the Amsterdam University of Arts (AHK) in the Modern Theatre Dance department. After graduating in 2018, they both went their separate ways to work as dancers and performers for dance and theatre companies and freelance choreographers (Jan Fabre, Thierry Smits, Boukje Schweigman, Liat Tamar Waysbort, Kalpana Raghuraman, and more). The desire to create their own artistic identity as makers grew with time and the step to become a duet collective in 2021 became evident. Kaas en Noten, is a refurbishment of Cage's Suite for Toy Piano, in which the original movements are alternated with our own novel compositions for a set of musical toy instruments, complete with scenic design. This performance starts with the instrumentalist siting in front of the toy piano with a set of toy instruments around her. Behind her, in the scenery, lie several others. Along the theatrical action, the performer picks up some of the instruments and adds them to the set already around her, broadening the timbrical range and rendering the performance inventive and compelling. This is a very captivating performance where the childlike sounds of these naïve instruments blend with Cage’s innovative sounds. Come share this performance with us and get carried away with this novel sonic realm!

**Over ZEESTRAAT COLLECTIVE **
ZEESTRAAT COLLECTIVE was founded by three colleagues and friends - the composer and pianist Carlos Lopes, the pianist Inês Lopes and the composer Nuno Lobo - with the purpose of developing new performance formats through composed theatre, transdisciplinarity and the use of unusual instruments. By collaborating with different artists from various art fields, we want to enrich the experience of the music listener while aiming to connect with audiences from different social backgrounds and generations. The grass is greener on the other side

To find oneself on the other side. An away game. To play by someone else's rules. To act out of the ordinary. To interpret every word you hear, every move you see. To get used to the unusual or to grab onto something so familiar, so comfortable? Being Not Like You, is it that bad? Observe. No judgment. Accept. Without changing yourself.

Over Skandalisi Dance
From the beginning there was created a duet ‘Remember when’. Showing this creations throughout Europe, we decided to set up Skandalisi Dance to create new performances and events. From that moment it became clear that Skandalisi Dance was growing in to a World Wide Platform. Two years later International Master Course (Yekaterinburg/Russia) became a side organisation to support and develop a Russian educational platform by bringing teachers to Russia.
Today, Skandalisi Dance organises and participates in performances, workshops, school projects, children festivals and other events all over the world. Skandalisi have worked in Russia, Tunisia, the Netherlands, Italy, Great Britain, Germany, Spain, Mexico and Sweden. Skandalisi Dance have been leading dance intensives and performances where shown in festivals such as: Festival Internacional de Danza Contemporánea (MEX), ITS Festival(NL), Festival De Oversteek (NL), Beta Publica (ES), Imaginarius(PT) and I.D. Night(UK) and many more. Riedon van den Berg, Collaborated with Rezgui Company (Netherlands), Norrdans (Sweden), WArd / waRD with Ann van den Broek (Netherlands, Belgium) & Provincial Dances Theater (Russia). Teacher and examinator at the Humanitarian University, Faculty of Contemporary Dance and guest lecturer at the Yekaterinburg State Theater Institute (Yekaterinburg/Russia). Maria Sokolova is a teacher at the Faculty of Contemporary Dance of the Humanitarian University of Yekaterinburg. Teacher and choreographer at the Center for Contemporary Choreography studio. Worked as a freelance dancer with various choreographers in Europe, Russia and Mexico.