Seven meters high Origami Rabbit on the Markt in Delft . 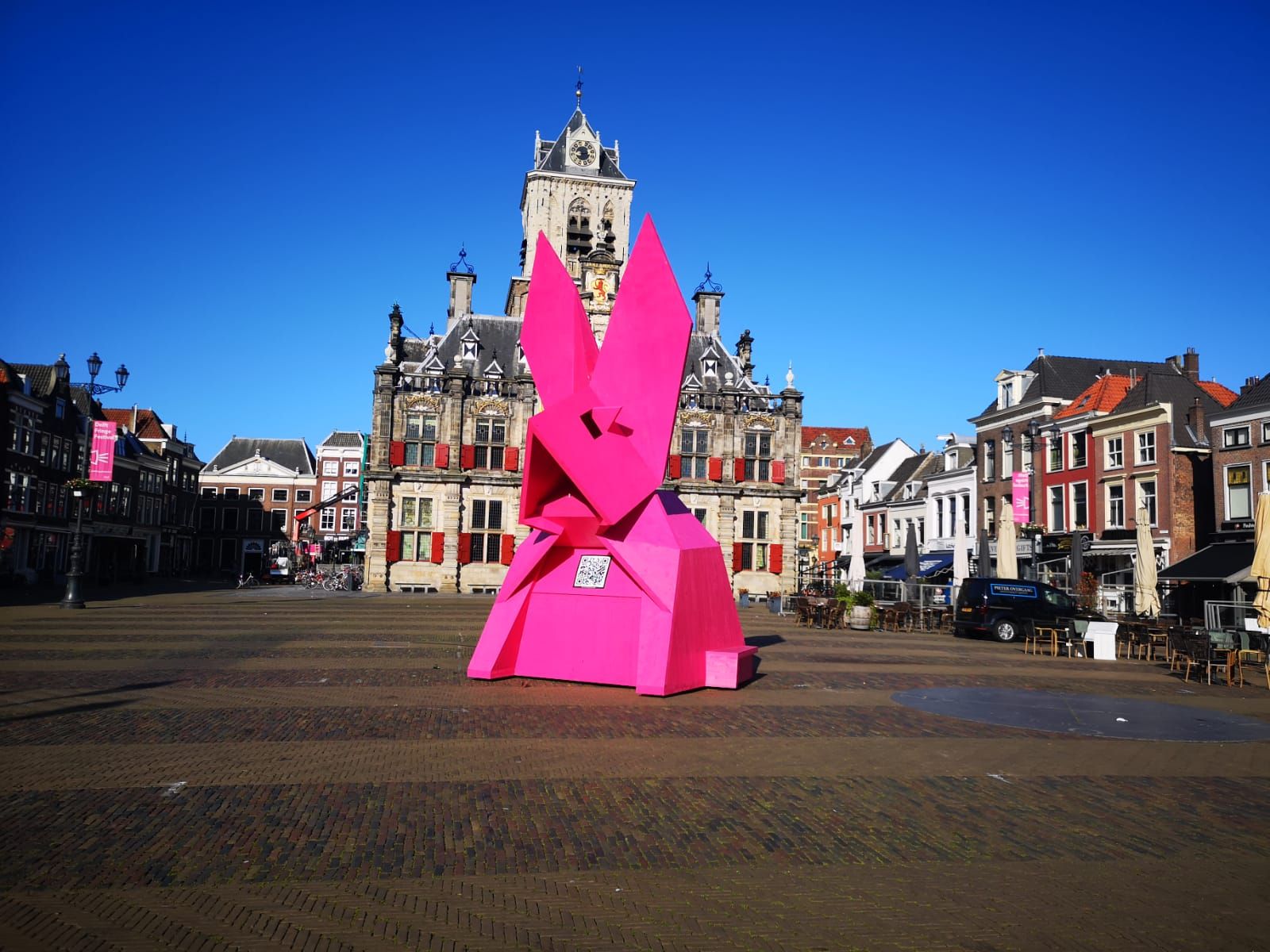 ArtsTalk Magazine spotted our new festival pavilion on the Markt and wrote an article on their website about the Origami Fringe Rabbit. Have you also spotted it? Don't forget to drop by, it's there until June 6!

"If you find yourself in the centre of Delft over the next week or so you would be forgiven for thinking that you had accidentally stepped into the film Donnie Darko or even the old James Stewart movie, Harvey. You might find yourself doing a huge double take because you will be confronted by a seven meter high pink rabbit. Not a real one, you understand, but an equally unlikely origami one.

Must have been a big bit of paper, I hear you say. But it only looks like origami, in fact it is made from wood (hell of a folding job, you are thinking). So just to recap – it is a giant pink origami rabbit made from wood in the Markt in Delft."