From ten to eighty years . 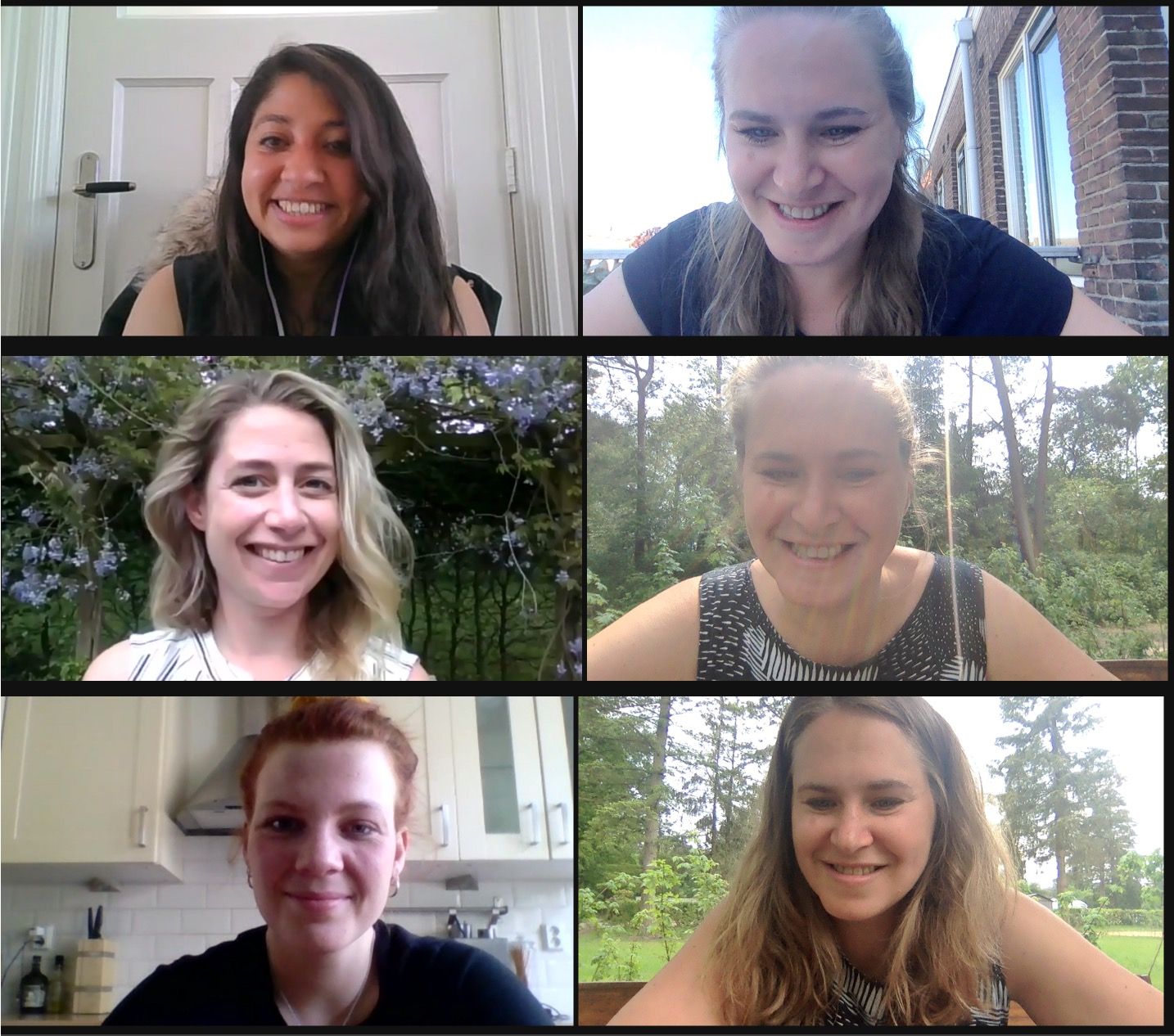 I was not here for the past few days. Taking a train, going to a festival, that hasn’t happened for a long time. I was at home. I was in my living room. On my balcony. In the garden of my holiday home. From those places, I started talking to festival visitors about their festival experiences.

The first conversation I have is with Wim. . Wim and I are talking about the opening night. He tells me he doesn't go to the theatre very often. Usually, it's concerts or dance. During the Delft Fringe Festival, the threshold is low, to do something you haven't done before, to try something new.

After a while he says his wife is listening in. I have not done this kind of conversation online before so I am surprised. Suddenly I understand the story about students who not only have to turn on their cameras to follow their lessons, but also have to hang cameras behind them so that the teachers can see what is happening around them. I was completely unaware of the fact that Wim and I are not alone.

His wife also comes into the picture and tells me how positive they are in life, that they therefore cannot identify one hundred per cent with the producer of the performance they saw. I ask if the performance ended with hope. "No," says Wim's wife. And what kind of feeling did that give you? "I would like to pull her out of it," she says, "to tell her that we are often more resilient than you think."

My second conversation is with Marenthe. . Marenthe is ten years old. When I ask her how it works online, she says that after the performance, there is a short film. In it, the producers ask you to give them stars. She liked that so much that she did it beforehand. She talks about the performance in great detail, even remembering the literal words. It is about making soup and about a stone, but not only that. It's also about political parties and our prime minister, something she talked about in class. About how everyone can just live together, that it doesn't matter what colour you are.

Cees is in his late seventies. Almost eighty. . He used to be a youth psychiatrist. He saw a performance about drag. One of the performers spoke Polish. 'That was a pity,' he says, 'because I can't understand it. I kept thinking, what is he saying? But it was also beautiful. That's also how life can be sometimes, that you don't speak each other's language."

That morning, he read an article in the newspaper about Upper House member Boris Dittrich, I have to read it too, he says. The MP says that his mother always waved at him, from the kitchen window, until he came out of the closet, then the curtains stayed closed. His mother had recently turned ninety. A volunteer in the residential care home where she lived was a woman, but if you looked closely at her, you would notice that she had big hands and stubble on her face.

Cees finds it touching that such a mother, at the very end of her life, can still find peace with something like that. That she accepts that someone is like that, that it exists. That is what he likes most about this festival, the connection he makes with young people.

In the 1980s, he worked at Sophia Children's Hospital. There he treated a boy who wanted to be a girl, which was totally unknown at the time. "You want to read literature about it, because you are unsure, but there was none." I ask how he solved that. "Good listening," he says. "Completely starting from the other person, from what the other person is experiencing. Then you feel it, that it is right, that it is good." I think that is beautiful. I say that it works exactly the same with watching theatre. That something only happens when you are open to it. If you believe in it. Because he is getting old, he sometimes falls asleep during live theatre. He feels sorry for the person who is trying so hard. That's one advantage of online, when you fall asleep, nobody sees you.

Farah watches two performances in the park in The Hague with her boyfriend. . In the background, a sea of green and a group of people doing tai chi. It fits nicely with the dance and the music. They watch a third performance on the stairs in front of the Escher Museum. They eat carrot cake and drink coffee. It's about mourning or heartbreak. Slowly it becomes clear to her that the story is personal. That it is about the loss of an unborn child. A bundle of cells', says the doctor, 'that will not develop any further'.

Her and her boyfriend are in their thirties, and things like this happen around them. It helps her to understand how difficult things can be when you are grieving or depressed. That even picking up the telephone can be too much of a task, sending a text message. That nothing is self-evident anymore. Her boyfriend thinks it's too intense. This performance, in this place.

Roos is in her holiday home, just like me. . She is a regular visitor. She always watches performances during the day. She loves it, the feeling of going to the theatre during the day. "And then coming out like a mole," she says, "with your eyes blinking against the bright light." Your head all full. The conversations that result. Someone immediately shouting that he or she didn't like it at all, while the other is just wiping away tears.

The visitor you don't know, who is the centre of attention in one performance and who you then see again in another performance. In the evening, on a terrace or out for dinner. None of that is possible now. But she did have fun. She did not pause the performances, as she sometimes does with Netflix, to go to the toilet in between.

"That's nice," she says, "that they are such short performances." She describes them as small bites, very easy and accessible. A performance about a family that has not spoken to each other for seven years stays with her. It is festive and colourful and musical and funny, but also vulnerable. "That one brother or sister who then immediately says, 'not right now' - that's me."

Finally, I speak to Rili, 22, in between her online class and studying. She works at a customer service centre where it is often very quiet, that’s where she watched a performance. In the background, a colleague was busy.

She explains how poetic her favourite performance was. About the actor who alternates between singing and narrating. It's about his ex-girlfriend and how he is nice to her new, handsome boyfriend, while in fact he would prefer to drown him. In the blue of his own eyes. "He gets lost in the woods in his own head", she says. It makes her aware of the difference between our inner and outer worlds. What we show and what we keep inside.

That is recognisable in this day and age. Because her classes are now all online, you only see a very small part of everyone. One of her fellow students started crying the other day. "I thought I was the only one," she says, "who was stressing so much and couldn't see the wood for the trees. But that's not true."

These six people, without exception, involved me, and now you, in what they experienced. . I enjoyed experiencing the festival through them. From my own chair, my own sofa. That is another advantage of online. That we can sit together at the same table in the blink of an eye. In fifteen or twenty minutes, we can share a whole world with each other. I hope we don't forget that and that when the pandemic is over, we will continue to have these kinds of meetings live.

This essay was written by Anna van der Kruis on behalf of Delft Fringe Festival & was supervised by Domein voor Kunstkritiek. This sustainable collaboration establishes a connection between young talented writers and makers. Read more about it here.

Watch the live reading of the essay (in Dutch)