"Delft Fringe Festival believed in us" . 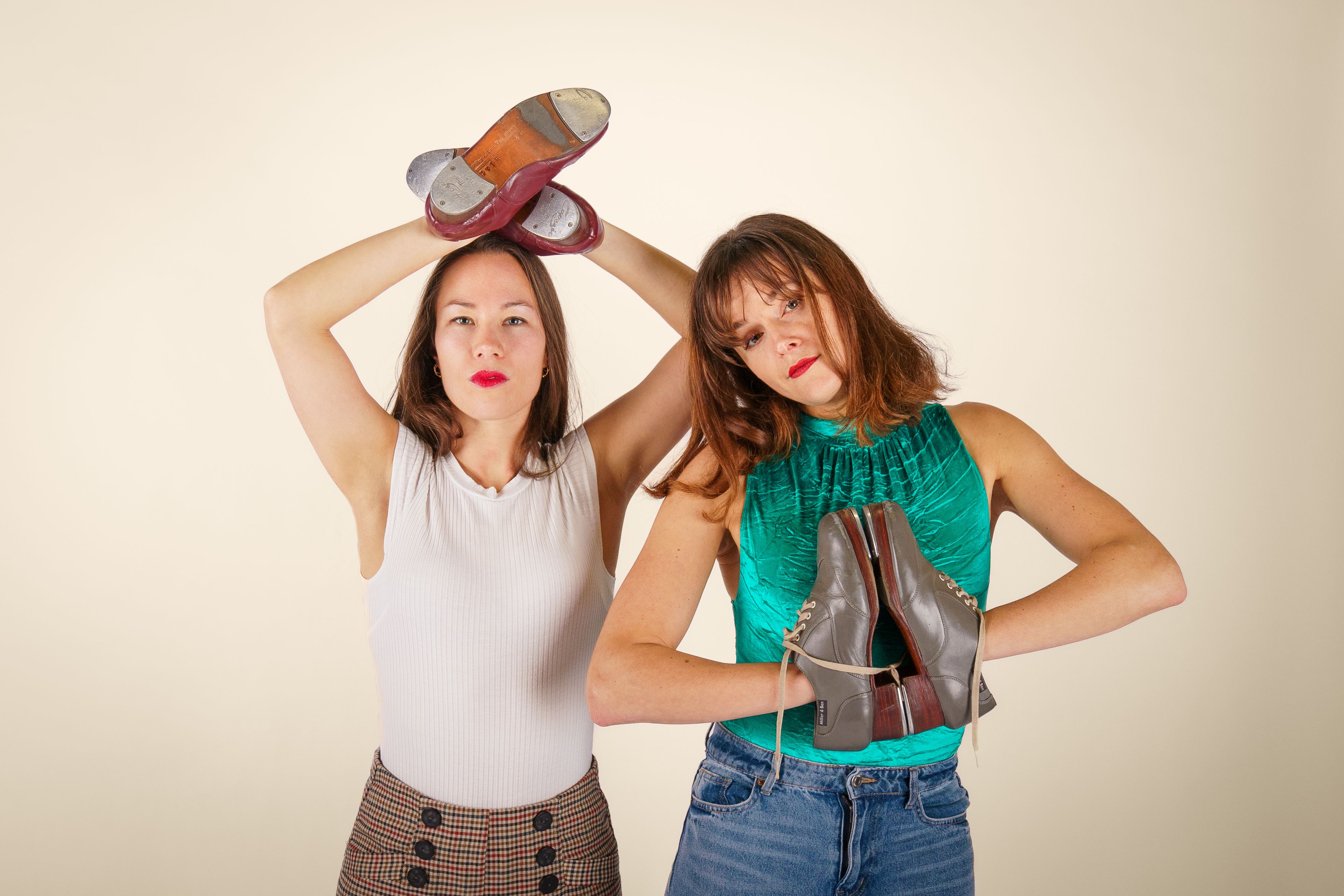 Doortje Peters and Robin Lie, founders of Tappin-It Collective, won the Audience Award last year with their IRMA, inspired by the hype around sign language interpreter Irma Sluis. This year, as a result, they are the mast head of Delft Fringe Festival - "which is really just as much of a thrill as winning the prize" - and their latest production DOEMSDEE will premiere during the festival. "A multi-interpretable performance about the urge to destroy versus the urge to live.”

While most of the Netherlands was sitting at home because of the corona lockdown, Doortje and Robin were working on IRMA in a basement and sometimes outside. They were triggered by the commotion that arose about the fact that the sign language interpreter during the coronal press conferences was not shown clearly enough for some time. Because, they wondered: if sign language is so essential, why not visualize the message with music and dance as well? It inspired them to create a remarkable, deliciously absurd tap, mime and musical theater performance in which they, like two Irmas communicating with each other, investigate how you can get a message across in the most diverse ways. Robin Lie: “During the creation process we were completely in our own bubble and during the festival it was actually still like that, because Delft Fringe Festival went completely online last year so we played IRMA only in front of the camera.” Doortje Peters: “Winning the Audience Award therefore felt very strange at first.” Robin: “Like, 'Oh yeah, really? Who on earth was watching?" Doortje: "At the time we also thought that the production came across as rather serious and solemn, only when we later performed IRMA live did we notice that it is also a funny performance." Robin: "I only dared to watch the entire recording after eight months, and then I laughed myself silly.”

As early as around their tenth birthday, Doortje (31) and Robin (30) met each other during tap lessons at the Amsterdam Ballet Studio Van Den Ende. They call themselves self-taught. Robin: "Besides tap, Doortje also took piano, drum and mime lessons, and I attended a dance pre-school for a few years, but we were really shaped by all the classes and workshops we took internationally, such as the Stockholm Tap Festival." Doortje: "Gradually we discovered that tap is not only the humor and toughness of a big success show like Stomp, but that you can also express vulnerability and estrangement with it, excite and challenge people with it." Robin: "Which doesn't mean that our productions are only meant for the experienced theatergoer. We also just want to put on great performances, accessible for everyone.”

In the meantime the duo has released various productions under the name Tappin-It Collective, but winning the Gouden Konijn - the Audience Award of Delft Fringe Festival - has given them, they say, just the last necessary push to really believe in themselves. Doortje: "We had quite a tendency to 'downgrade' ourselves, but the award has also led to us daring to apply for the New Artists agreement of the Fonds Podiumkunsten." Robin: "We asked if Delft Fringe Festival, as a producing institution, would like to be our partner in this. The festival has believed in us since the beginning. They were not only very enthusiastic about IRMA, but also about LOCO!, which we played at the festival in 2019, and when the 2020 edition could not go ahead at all due to the lockdown, they still managed to arrange performance spots for us at Delft venues afterwards." Doortje: "They are actually a bit like our 'parents' now: they guide and coach us, help us realize our artistic learning goals, but also support us in terms of operations, branding, marketing, et cetera. They really invest in us, while there is not much in return for the festival itself.”

The end of humanity

For their latest production, DOEMSDEE - for which the pair were able to recruit two additional performers thanks in part to the Nieuwe Makers grant - Doortje and Robin originally started from just a minuscule inspiration. Doortje: "Our starting point was the earthly sound that tap can make. But that was soon joined by nature, then the absurdity of man, then the relationship between man and nature, then man's alienation from nature, and finally we wondered how to give meaning to the end of human nature." Robin: "The theme is all-encompassing, and has been given additional weight by the war in Ukraine, but because of the abstraction of the production you can also see very different things in it." Doortje: "We don't shy away from the heavy stuff, but we also want to stimulate the audience in other ways, in relation to the contradictory characteristics of humans around the theme of finitude, by making them laugh or putting them on another track." Robin: "Hence also the phonetic spelling, DOEMSDEE, which already makes it all a bit lighter. Those who want to can focus on the heavy themes, but for those who want to hear cool rhythms and see spectacular dance scenes will also find something to their liking.”